Is the English Language Sexist?

English has no masculine or feminine forms for words (unlike, say, French, in which the gender of words is marked by ‘le/la’ and masculine/feminine endings). But does this mean that the English language is inherently non-sexist?

A challenge in the recognition of language as a way of knowing is the use of metaphor in communicative acts.  A metaphor is the substitution of one idea for another to suggest resemblances or common connotative qualities. In this section, you will see that metaphor can also refer more broadly to a wide body of figures of speech that involve comparison, non-real or non-literal association.

Whorf was a linguistics enthusiast and through his amateur fascination with language, and under the tutelage of the American linguist Edward Sapir, Whorf came to the conclusion that the languages we speak affect the way we think in the same way that a straitjacket affects the way we move. 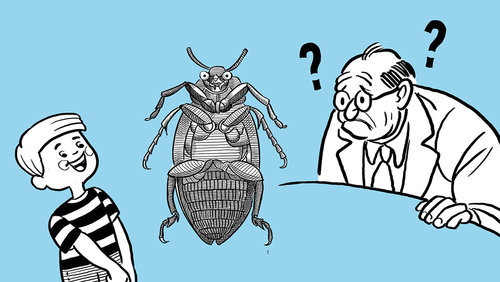 Beetles in a Box

Are words simply tools that we use to communicate meaning, or do the words contain meaning themselves? We have a book dedicated to the meaning of words – the dictionary.  It outlines in unambiguous terms the meaning of each word. But what happens when a word changes its meaning? This happens more often than you might think.

The word “Jargon” is derived from the fourteenth century term for “twittering or warbling of birds,” which in turn has the root ‘garg’ from which also stem such words as “gargle,” and “gurgle.” In this section you can find out all about this use of language and ask the question, is jargon a way to unite members of the same group, or a way to divide and exclude through language?